What is the Firefox OS Africa project? 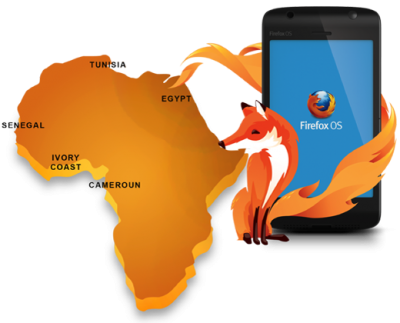 You can access the Internet on all computers today but not on all mobile phones, specially in Africa, where smartphones are too expensive and complicated. Thanks to Firefox OS, Africa now has an access to this simple, efficient and affordable system, which could change many lives out there. Firefox OS provides a flexible and open mobile platform that empowers everyone to build a better future.

What is its objective?

Our goal is to provide this operating system for the African users – and we’re almost there. We’re experiencing incredibly huge traction in the industry, so much so, that the press has called Firefox OS THE most exciting new platform in mobile.

A Firefox OS Community is currently being created and we are looking for people that believe in the same values as us to help us spread the word, let everyone gain access to the Internet on the go and shape our future.

Firefox OS has always worked with a non-profit, public benefit goal. Our teams are composed of passionate and dynamic volunteers who believe in us and in this mission. The volunteering authors are so brilliant that we will be introducing them one by one in short and cool interviews.

If you want to join the Firefox OS adventure and help push the Mozilla project forward, follow these 2 easy steps:

1. Become a “Mozillian” by creating a profile on the Mozilla Community directory at https://mozillians.org/ 2. Send an email to firefoxosafrica@gmail.com indicating your name, surname, location, motivation and what relevant skills you have to support the Firefox OS Africa project.

We will contact you shortly to give you more information on the project and tell you how you can get involved.

If you want to get involved in anything Mozilla in Africa, have some proposal(s), need some help or just wanna chit-chat, please use one of these: